In modern culture where our conditioning is often speedy, mental, stimulant-driven, and goal oriented, Feldenkrais offers the powerful medicine and balance of process orientation — which involves slowing down, tuning into somatic intelligence and discovery and consciousness itself,  feeling, feeling the pleasure of conscious engagement in physical activity and life, feeling powerful, feeling complete,  learning,  enjoying, nourishing.

During the 18 years Kevin made his living guiding river and wilderness trips in Alaska, a dozen US states, and two foreign countries, he also captained whitewater river running teams in international goodwill games in Costa Rica and the US, trained river guides, taught rafting classes for the University of Alaska Wilderness Studies Program and was featured in television documentaries, newspaper, and magazine articles.

When he discovered Feldenkrais he realized it enhanced and improved on everything he had discovered about flow and ease and power in his river running and guiding career.

The most skilled guides become so adept at listening, feeling, reading and harnessing the power of the river as to be able to slalom thousand pound rafts through ever-changing mazes of boulders and hydraulics in class 4 or 5 rapids,  so that the run looks effortless, like a dance, like art.

Feldenkrais, Kevin realized, was this same kind of exploration and cultivation of flow and ease and power in human movement — in the human body itself.

Kevin offers Feldenkrais “Awareness Through Movement” lessons as a companion to outdoor  exploration and adventures.

During Alaskan summers he offers Feldenkrais informed hiking trips into the Chugach Mountains from his cabin on the edge of the Chugach National Forest.

Contact Kevin for information on hiking trips into the Chugach. 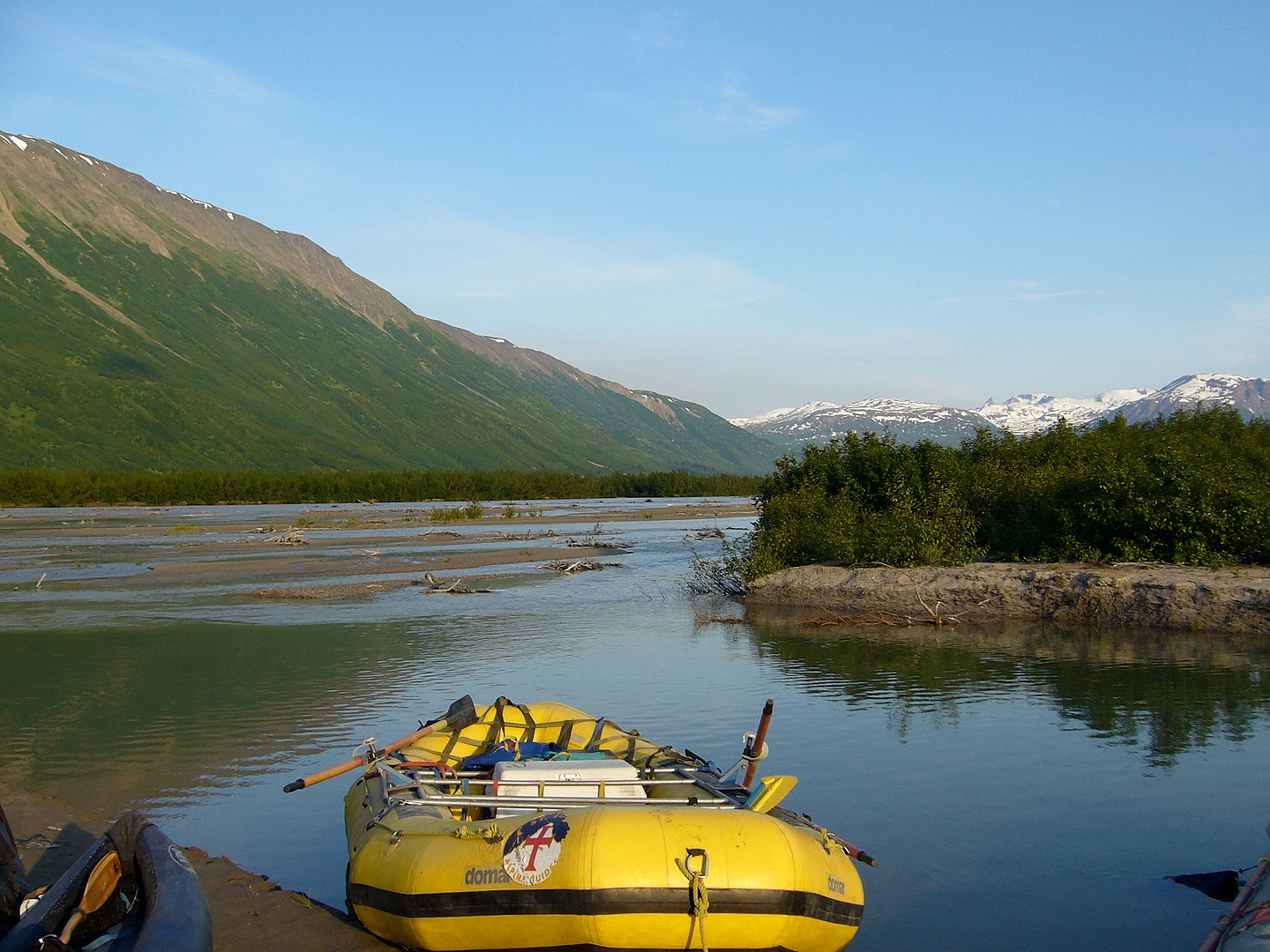 Feldenkrais walking trips across Ireland and Spain are in the works

Feldenkrais provides a beautiful metaphor not only for living in a human body but for exploring the natural world and the human world.

It is a profoundly transformative practice of listening, pausing, bringing awareness, non-force, finding the path of flow, unity of the whole to create the most precise, efficient and effective actions.

Feldenkrais principles are applicable to everything from sports to economics to human relationships.

Reviews of Outdoor trips with Kevin

The Grand Canyon trip was a life changer for me … a magnificent gift and something I will always cherish.

The Grand Canyon trip my husband and I went on with Kevin  was the trip of a lifetime.

Kevin was superbly organized, knowledgeable, and a delight to be with.

I have such joyful memories of floating through the scenic canyon, running rapids, discussing geology, inspecting ancient ruins, sharing music around the campfire, helping to prepare amazing meals, and enjoying the camaraderie of the group.

My Grand Canyon trip with Kevin was one of the highlights of my life.

Days were all about the river; drifting lazily in nearly slack water, then racing through huge standing waves in the biggest rapids.

But every night, under the desert stars, we circled up with our instruments and played every song ever written. It was beautiful and raucous, and perfect.

When I signed on to raft the Grand Canyon with Kevin, I wasn’t even aware yet how powerful a musical experience it would be.  I honestly went along for the exhilarating boating, rigorous hiking, and time with friends.

I got all of that, but also found myself sitting in the soft glow of an October campfire bathing in the collaborative swell and roll of music.  Every night.

A reluctant performer and insecure musician myself, I listened and appreciated for the first few nights, caught the rhythm bug and began to tap sticks and stones together and eventually opened my mouth and sang.

Not beautifully at first, but with practice comes improvement and the joyful celebration of music on the river with Kevin and company started me on my way to decades of music-making enjoyment.